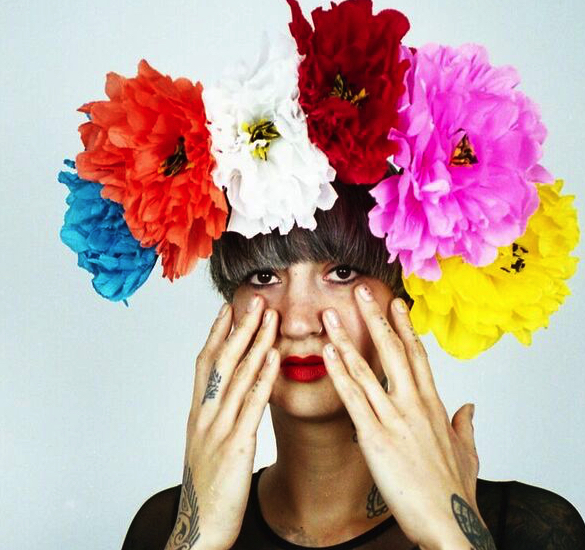 (Hillsboro, Ore.) — The Walters Cultural Arts Center (527 E. Main St., Hillsboro) is thrilled to open its 2018-19 Concert Series with a performance by Luz Elena Mendoza, the celebrated frontwoman of Y La Bamba, on Friday, September 21 at 7:30 pm. Tickets are $15 advance or $20 the day of the performance.

Mendoza is described by Portland Mercury as “a warrior of light, resilience, and creative ingenuity” with “haunting, yet calming bluegrass folk vocals [that] are rooted in Mexican tradition.” This bilingual performance in the Walters’ 200 seat theater offers a chance for an intimate evening with a rising musician whose song-writing is a celebration of family, community, and transformation.

Born in San Francisco, Mendoza was raised in Southern Oregon and spent summers in the orchards of California’s San Joaquin Valley. The music of her childhood and deep connection to her family and Mexican heritage flow through every song in her most recent album. After a four year hiatus, beloved Portland based group Y La Bamba released “Ojos del Sol” to rave national reviews praising Mendoza’s talents as a vocalist and songwriter. “‘Ojos Del Sol’ represents a major step forward for Y La Bamba, not least because it fully establishes Mendoza as one of the most innovative and exciting young vocalists around.” (Felix Contreras, NPR Music Reviews). This new album reflects the journey of an artist at the height of her powers. Don’t miss this opportunity to see an acclaimed Northwest musical treasure with a national following in her first ever performance in the Walters Concert Series.

“‘Ojos del Sol’ finds Mendoza at her most open and personal yet . . .” (Willamette Week).

More information about this performance and the 2018-19 Concert Series is available at Hillsboro-Oregon.gov/WaltersConcerts and tickets can be purchased online at www.brownpapertickets.com, by calling 503-615-3485, or in person at 527 E. Main St., Hillsboro.

Concert concessions available from Longbottom Coffee and Tea. With thanks to our series sponsor, Aloft Hillsboro-Beaverton.

Tony Starlight Residency At The Vault This November