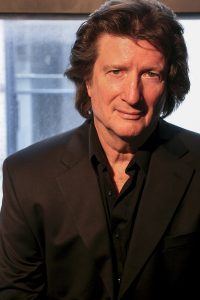 Smither is an American original – a product of the musical melting pot and one of the absolute best singer-songwriters in the world.” – Associated Press

(Hillsboro, Oregon) – One of America’s most distinctive acoustic performers, Chris Smither, returns to Hillsboro for an intimate acoustic performance at the Walters Cultural Arts Center, 527 East Main St., on Friday, October 27, at 7:30 p.m.  Tickets are $22 in advance and $26 day of show and are available at brownpapertickets.com or by calling 503-615-3485. Starting the beginning of April – patrons will also have an opportunity to win a pair of tickets to see the performance on the Walters Facebook page.   Patrons are encouraged to purchase tickets early as Smither’s past few performances at the Walters have sold out.  Beer, wine, and concessions will be available in the lobby before the show and during intermission from local favorite Longbottom Coffee and Tea.

Having distilled his own signature sound of blues and folk for 50 years, Smither is truly an American original. He continues to draw deeply from the blues, American folk music, modern poets and philosophers.   From his early days as the New Orleans transplant in the Boston folk scene, through his wilderness years, to his reemergence in the 1990s as one of America’s most distinctive acoustic performers, Smither continues to hone his distinctive sound. He has always traveled his own road, staying true to his musical vision.   Reviewers continue to praise his dazzling guitar work, gravelly voice and songwriting. The New York Times: With a weary, well-traveled voice and a serenely intricate finger-picking style, he turns the blues into songs that accept hard-won lessons and try to make peace with fate.

He may be best known for writing “Love You Like A Man” which Bonnie Raitt and, more recently, Diana Krall have covered. His music has been covered by numerous artists and featured in soundtrack albums, independent film, television and commercials.

ROLLING STONE: Bathed in the flickering glow of passing headlights and neon bar signs, Smither’s roots are as blue as they come. There is plenty of misty Louisiana and Lightnin’ Hopkins in Smither’s weathered singing and unhurried picking. So fine.

AUSTIN AMERICAN-STATESMAN: Chris Smither is America’s great blues poet, a master acoustic guitarist whose music suggests the power of Son House and a wisdom informed by the Four Noble Truths of Buddhism.

THE HERALD/SCOTLAND (UK): A true and sharp-witted poet of the human condition, he can play the shame-faced, late-arriving lover hoping for a sleepy welcome in Leave the Light On but he’ll also tackle anthropology from Adam to Darwin in a three-minute masterpiece or turn his young daughter’s incessant quest for answers into an increasingly humorous illustration of benign fatherly exasperation. And it all plays out to that fabulous guitar locomotion.

WASHINGTON POST (Live review): Chris Smither has been so good for so long that it was a given that his show Saturday night would be nothing less than a competent, entirely professional exhibition of American blues-based folk music. Smither shapes the chords to fit non-traditional tempos. It’s that missing beat that draws in the ear and points to the lyrics, lyrics that find the compelling crease between literature and poetry.

The Walters is a ground-breaking home for creativity and culture providing expanded opportunities for the entire metro area community, including increased access to exceptional performing and fine arts experiences located just two blocks off the MAX Blue line in historic downtown Hillsboro. Many thanks go to Walters Concert series Sponsor,The Orenco Hotel and First Tuesday sponsor, Decadent Creations Bakery — whose generosity and support have made it possible to enhance the Arts Center’s offerings and services.

Tony Starlight Residency At The Vault This November